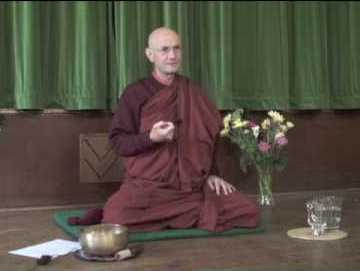 Bhante Bodhidhamma was originally a student of Ven. Sayadaw U Janaka from Burma and was ordained as a monk in the tradition of Mahasi in 1986. He then followed the teachings of Ven. Sayadaw Rewata Dhamma and of Ven. Sayadaw U Pandita, and did a long training period in the Mahasi Tradition at the Kandubada Centre in Sri Lanka. From 2001 to 2005 he was a resident teacher at the “Gaia House” retreat centre in England. Since 2006 he’s been spiritual guide of the Satipanya Buddhist Trust Meditation Centre in Wales, (U.K.)