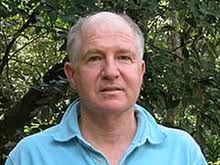 Charles Genoud has been a student and practitioner of Tibetan Buddhism since 1970. For several years he was a student of the Venerable Geshe Rabten and then of Dilgo Khyentse Rinpoche. His unique approach, Gesture of Awareness, is the result of the Buddhist Madhyamika point of view applied to meditation techniques and complementary work in the field of sensory awareness under the guidance of Michael Tophoff. Charles Genoud teaches Buddhist meditation and leads workshops in France, the USA, England, and Switzerland. Patricia e Charles have founded the Vimalakirti Meditation Centre in Geneva, Switzerland 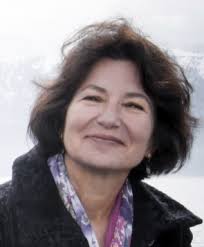 Patricia Genoud-Feldman has been practicing Buddhist meditation (Vipassana and Dzogchen) in Asia and the West since 1984. She received numerous teachings from Dilgo Khyentse Rinpoche and practiced  under the guidance of Sayadaw U Pandita. She has also completed her teacher training at the Insight Meditation Society in Barre, MA. USA under the guidance of Joseph Goldstein and other senior teachers. She has been teaching Vipassana meditation since 1997 in Europe, Israel and the US. 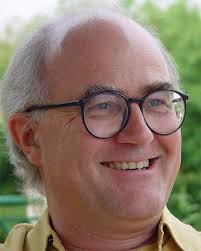 STEPHEN BATCHELOR is a contemporary Buddhist teacher and writer, best known for his secular or agnostic approach to Buddhism. Through his writings, translations and teaching, Stephen engages in a critical exploration of Buddhism's role in the modern world.

He studied in Dharamsala, Tibet, with Ven. Geshe Ngawang Dhargyey and was ordained as a novice Buddhist monk in 1974. In 1975 he studied Buddhist philosophy and doctrine under the guidance of Ven. Geshe Rabten in Switzerland. The following year he received full ordination as a Buddhist monk, and in 1979 he moved to Germany as a translator for Ven. Geshe Thubten Ngawang. In April 1981 he travelled to South Korea to train in Zen Buddhism under the guidance of Ven. Kusan Sunim. He remained in Korea until the autumn of 1984, when he left for a pilgrimage to Japan, China and Tibet. He disrobed in February 1985 and married Martine Fages in Hong Kong before returning to England and joining the Sharpham North Community in Totnes, Devon. During the fifteen years he lived at Sharpham, he became co-ordinator of the Sharpham Trust (1992) and co-founder of the Sharpham College for Buddhist Studies and Contemporary Enquiry (1996). Throughout this period he worked as the Buddhist Chaplain of HMP Channings Wood. From 1990 he has been a Guiding Teacher at Gaia House meditation centre in Devon and since 1992 a contributing editor of Tricycle: The Buddhist Review.

In August 2000, he and Martine moved to Aquitaine, France. For several months each year, he travels worldwide to lead meditation retreats and teach Buddhism. He is the translator and author of various books and articles on Buddhism, including the bestselling Buddhism Without Beliefs and Living with the Devil. His most recent publication is Confession of a Buddhist Atheist 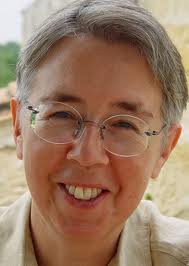 MARTINE BATCHELOR is a French lay Dhamma teacher. She was ordained as a Buddhist nun in Korea in 1975, and studied Zen Buddhism under the guidance of the late Master Kusan at Songgwang Sa monastery until 1984. Her Zen training also took her to nunneries in Taiwan and Japan. From 1981 she served as Kusan Sunim's interpreter and accompanied him on lecture tours throughout the United States and Europe. She returned to Europe with her husband, Stephen, in 1985 and was a member of the Sharpham North Community in Devon, England for six years. She worked as a lecturer and spiritual counsellor both at Gaia House and elsewhere in Britain. She was also involved in interfaith dialogue and was a Trustee of the International Sacred Literature Trust until 2000. She is now living in the south of France, and leads meditation retreats in various parts of the world, either alone or with Stephen. Her approach is concerned with in meditation in daily life, Buddhism and social action, religion , women's issues and ecology. She is the author of many books, among which 'Meditation for Life' , and ‘Let Go: A Buddhist Guide to Breaking Free of Habits’. Her latest book is ‘The Spirit of the Buddha’. 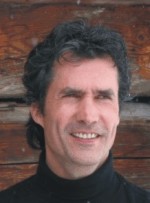 Hannes Huber, is an experienced teacher who has practiced Vipassana Meditation since 1985. His teachers include Godwin Samararatne from Sri Lanka, and Sayadaw U Pandita from Burma, who authorized him to give teachings. He has a training in Psychosynthesis with Sascha Dönges, Switzerland. He teaches Vipassana Meditation in Austria and other European countries, and is an MBSR trainer. 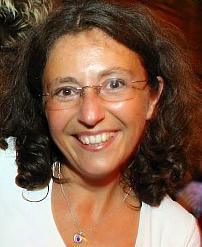 Beate Gloeckner is a German teacher who started her meditation practice in 1986 and has a long experience of retreats in the Mahasi tradition under the guidance of Ven. U Pandita and Ven. U Vivekananda, who authorized her to give teachings. Thanks to her training as a psychotherapist, she belongs to that new generation of teachers that can pass on ancient teachings in such a way that western yogis will still find them meaningful for their lives. 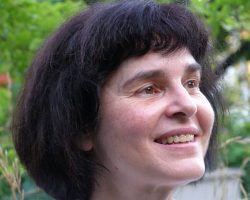 Letizia Baglioni has been studying and practicing Dhamma and meditation since 1980, with a special emphasis on the Thai Forest tradition of Ajahn Chah. For six years she was an eight precepts lay-resident in monastic communities led by Ajahn Sumedho in England and Italy. She is also translator and editor of books on Buddhist teachings and a psychologist trained in body-oriented psychotherapy. From 1999 and 2011 she taught regular meditation classes at the A.Me.Co. (Association for Insight Meditation, Rome) and is being leading retreats at Pian dei Ciliegi since 2004. 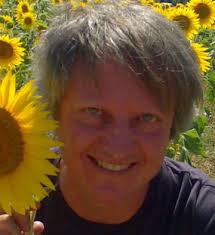 Nanni Deambrogio has completed his Master in Buddhist studies in the Ghelugpa Tibetan tradition, besides practicing and studying the Theravada traditions of Thailand and Burma. He has also practiced in the Dzogchen tradition under the guidance of Sogyal Rinpoche, Namkhai Norbu e Tzoknyi Rinpoche. Besides being a Dhamma teacher, he is co-founder and counseling trainer for the Association “Mindfulness Project”, and trainer in Core Process Psycotherapy as taught at the Karuna Institute, England, by Anne Overzee e Deirdre Gordon. He is a teacher of Tai Ji, according to the danced method taught by the Master Al Huang Chugliang.